Just as its client base has grown to include new and exciting market entrants alongside established companies, so have Allens’ own internal services evolved.

Allens keeps its eyes on the horizon and reviews digital technologies that foster team collaboration, increase efficiency and help to produce a client-friendly work product. Allens recently looked to centralize and streamline its Practice Support workflow.

Christine Fullam, Practice Support Manager at Allens, explains: “At Allens, we have a very strong team ethic in order to achieve shared goals. Within the Word Processing Team, this includes an automatic four-hour turnaround for any document support tasks. However, we didn’t have a single method for lawyers to delegate these and other tasks. Some would delegate via email, some through a form on our intranet, and others through a temporary ticketing system we had implemented.”

We wanted greater visibility over how much and what type of work lawyers across the different practice groups were delegating to better equip us with information to proactively respond to any workflow inefficiencies. The biggest motivators were easy prioritization of tasks, technology-supported teaming and being able to identify peaks in workflow so we can adequately support our Practice Groups.

Allens was looking for a single system that would provide a seamless workflow including management of task delegation to the document support team and in-depth bespoke reporting, and turned to BigHand for the solution. “BigHand is the market leader in Australia, certainly in terms of digital dictation,” says Christine. “In addition, they were the only technology partner with a product who could provide us with what we were looking for with regard to delegation and management of work.”

The firm was looking to centralize the delegation of all document support tasks across the firms’ four offices in Sydney, Perth, Melbourne and Brisbane, both for lawyers’ ease of use and to achieve that single-source visibility.

Allens’ 130 partners and 460+ lawyers now have access to the BigHand Hub on their PCs or laptops, with all word processing tasks delegated during office hours being sent through it. Lawyers can delegate a task by dictation or use BigHand Now to fill in a task form, both of which go straight into the BigHand Now workflow.

In addition, lawyers can choose whether a task is assigned to their practice assistant or to the central document support team, ensuring work is sent to the right resource, at the right cost to the firm, first time round. In addition, a central email address that automatically redirects into BigHand enables lawyers to delegate word processing tasks wherever they are. Any task that goes into BigHand forms part of a national queue ordered by due date

“The default setting for any task is our four-hour turnaround,” explains Christine. “However, lawyers can change that to prioritize or de-prioritize tasks, at which point BigHand automatically reorders the queue.”

She adds: “What we’ve learned so far, and we are still quite early in our adoption, is that we can now clearly see what types of tasks are being delegated. This visibility, that we previously lacked, has revealed that transcript typing is increasingly becoming a significant part of our workload, so we are now implementing processes to better manage that workflow. BigHand is helping us to identify those lawyers who need best-practice training in the use of voice, for example, and it’s also helping us to achieve our goals by improving collaboration by splitting longer transcripts.”

“In addition, with the reports that BigHand have developed with us, we can see which legal teams are sending the most work for document support, so we can assess whether the support teams need any additional support, resource or training.”

Allens plans to extend its use of BigHand to include the BigHand Go app for mobile, which will enable lawyers to submit any tasks directly in the office or out of hours for an even more seamless workflow. In addition, Allens’ document support team will be able to view tasks according to their ‘effort estimate’ and how long they are likely to take to complete, for improved prioritization and collaboration.

It’s becoming increasingly imperative that law firms operate as efficiently as possible. After all, efficient working practices lead to better outcomes for our clients. BigHand has made it easier for our legal support staff to respond to requests for support effectively and efficiently. It has laid the foundation for us to build on, so we make more informed decisions on how and where our support resource is deployed for maximum benefit to our lawyers, the firm, and most importantly our clients.

Anthony Bleasdale, Managing Director for BigHand APAC concludes, “Allens has been at the forefront of technology for a number of years. It’s been a pleasure to engage with them and for our teams to collaborate on the strategic objectives of the project. The feedback they have provided will be used in the product roadmap, and will benefit other firms of all sizes, as they go beyond using voice technology to drive greater legal support.”

“With feedback from the practice groups, Christine can now articulate what they are trying to accomplish and put steps in place to achieve first-class support for the lawyers, and in turn, the firm’s clients.  We look forward to the next stages of the project and to sharing our progress with the BigHand Community as they too look to create legal support delegation workflows within BigHand.”

To provide the best client service while supporting your bottom line, it’s vital to ensure your teams are working efficiently and smartly. Ineffective and outdated methods of delegating tasks makes it easy for things to be overlooked, means your workforce isn’t properly optimized, your tasks aren’t being delivered on time, and your bottom line is suffering as a result. BigHand Workflow is a task management solution that lets you turn your tasks into fully auditable, digital workflow entries. You can create tasks from voice, email, electronic or paper-based requests – from document production requests to reprographics and travel bookings. 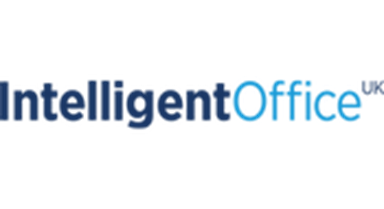 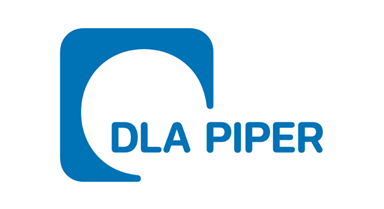 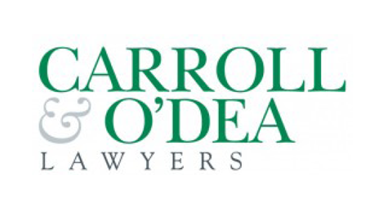