Brisbane-based firm Mullins Lawyers, established in 1980 and keen to build long-term relationships with their clients and staff, introduced BigHand SmartNote and Speech Recognition technology in 2015 to create more efficient workflow and provide even better client service.

After a seamless implementation following the trial, the firm has seen excellent results with reduced document turnaround times and an increase in administrative capacity.

Mullins Chief Financial Officer, Stephen van Dorp, has been investigating speech recognition technology since 2013 and highlighted its benefits to the partners.

After the BigHand trial, during which selected staff saw the results of the technology, the user-friendly voice and speech technology "sold itself."

Mullins Lawyers, comprising of nearly one hundred staff, was the first Australian firm to roll out the BigHand SmartNote solution (along with other voice and dictation products) in March 2015.

"From the fee earners to the legal secretaries, every single person was positive about the system," says Stephen.

“We had zero negative feedback after the trial."

Law on the Run: More Mobility

One of the best features identified by lawyers who used the technology is the ability to dictate and send draft file notes straight to their inbox from the server. BigHand’s SmartNote solution identifies the file note and matter details and automatically files the note within the firm's document management system.

An automated process from start to finish, it enables file, attendance and telephone notes to be created quickly and without administrators.

Fee earners can also dictate on the go using the speech to text functionality on their smartphone (even from Fiji, like one busy Partner). With SmartNote, the draft file note is then delivered straight to their Inbox with no need for dictation docking or an assistant.

“The system’s mobility really got the lawyers over the line,” says Stephen. "It also reduced their dependence on support staff."

"This has improved my output immensely and has made it a lot easier to manage my day," says Chris. "If my daughter is sick and I need to leave work early, it’s not a problem as I can now still work and dictate from home. If I need to do a Court document urgently overnight but don’t have assistance, I can just do it myself from home."

With BigHand’s dictation software, documents that used to take 3 ½ minutes to type (per 1 minute of dictation) now take around 1.1 minutes.

“The speed of document turnaround times was one of the main attractions for us”, says Stephen.

“The secretaries love the system because they do not have to sit around typing all day and it frees up their time for tasks such as filing, scanning or copying documents or, importantly, more substantial high priority jobs.”

“It saves time with shortcuts, especially with long worded dictations which gives your fingers a break from typing”, says Penny.

Stephen says there are no more calls to HR from support staff requesting help with typing and document production as the BigHand technology provides adequate support. For those staff in other departments (marketing, finance) without a dedicated secretary, the BigHand solutions act as their personal typist.

Rather than viewing BigHand technology as a way of cutting costs, Stephen explains it is more about increased effectiveness. When there is a growth phase, the firm can increase the number of fee earners without adding to existing support staff. With a couple of secretaries having moved interstate recently, the firm has saved on rehiring costs so Stephen says the system has already paid for itself.

In addition to this, staff are finding new and different ways to use the technology which in turns makes them more effective and engaged.

Another feature that often goes unnoticed is the back-office and reporting capacity. Stephen is impressed by what BigHand technologies allow the team to do from a reporting and workflow perspective. The management team and staff can track the progress of work and assistants can see who is completing which tasks so that they can self-regulate. The flow-on benefits for collaboration and teamwork are noticeable to Mullins’ employees.

“It enables you to work as a team as you can easily pick up other dictations in your team and across the firm,” says Penny. 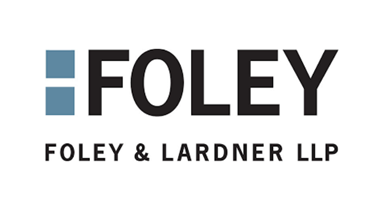