Founded in the 1930’s, it remains one of the few original law firms in the city that is still in operation today, having made its mark as Solicitors who cared about the individual: “the David against the Goliath.” However, in the face of increased competition and rising client expectations, the firm realised that further growth would need to be supported by technology which provided smarter ways of working, particularly with regard to the prioritising and automating of administrative tasks and providing greater visibility and independence to fee earners.

Berkson Family Law recognised that its traditional processes for managing dictations by tape were not providing the firm with the agility it needed to compete in today’s ‘always on’ digital age. The firm regularly struggled with a backlog of dictations, as fee earners could only pass on the work in bulk when they were in the office. Finding the right dictation to be prioritised at the right time – an urgent letter needed in court the next day, for example - presented a challenge for administrative staff, while there was also no central visibility of who was working on what, which in turn prevented fee earners from being able to be proactive in providing the best client experience.

As a previous user of BigHand, Carole Pattinson, Practice Manager at Berkson Family Law, had a highly positive experience of both the technology and the organisation’s customer service. She decided to adopt its cloud-based, entry-level Digital Dictation system, BigHand Professional and BigHand Speech Recognition platform.

“We needed a technology solution that was both easy to use for our fee earners and administrative staff, but also flexible, scalable and cost effective from an IT perspective,” she explains. “BigHand is ideal for small and medium sized organisations such as ourselves, due to the combination of subscription pricing, minimal IT requirements, smart workflow options and mobility benefits.”

Berkson Family Law went live with BigHand Professional in August 2017, and by September everyone in the firm was using the new technology.

“It was immediately transformative,” says Pattinson. “Having mobility built in to the platform means that fee earners could dictate from their desktop, smartphone or tablet – from a client’s premises or from court for example. It has significantly reduced the turnaround times of urgent work. Client letters can be dictated, sent to the BigHand workflow to be typed up and ready to go by the time our fee earners get back to the office.” Indeed, latest figures indicate that 62% of dictations are now sent via a mobile device.

Likewise, the combination of speech recognition with mobility has delivered wide-reaching benefits, with fee earners often dictating at a time that suits them, be that in the evening or over the weekend, and using the platform to take greater control of their own workload.

“Indeed, fee earners can simply send their dictations and through the speech recognition technology, it’s simply a case of the secretary proofing the transcript, formatting it into the relevant document template and sending it," Pattinson says. "The need to manually type up dictations is now becoming a thing of the past."

The increased visibility of work coming in has also helped with managing the rest of the administrative tasks.

“Secretaries can see which dictations are more important than others,” she adds. “We can literally see every dictation on the central admin screen; work can now be prioritised, shared, given to the person most appropriate to the type of work it is - or even split up in order to meet urgent deadlines.”

Again, the proof is in the numbers: since rollout:

These efficiency gains have also had a direct financial impact.

“Using BigHand has meant that our three secretaries can now do the job of five, so we’ve recently been able to take on two additional senior solicitors without adding administrative resource,” Pattinson says.

However, it’s not just about the hard efficiency gains; the increased visibility BigHand provides has translated into fee earners being able to be more proactive in their client engagement. In turn, this is undoubtedly a contributing factor in Berkson Family Law’s continued growth.

“We live in a world now where everything needs to be instant," Pattinson concludes. "In that respect, BigHand has not only helped us raise the bar in meeting client expectations, it’s also helped our staff feel more fulfilled and empowered in their day-to-day roles. In our field of expertise, reputation is paramount to business success; the contribution of BigHand digital dictation and BigHand Speech Recognition is a key factor in ensuring we are seen as being at the top of our game. 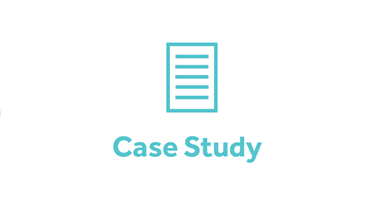